Mo-Yuen Chow earned his degree in Electrical and Computer Engineering from the University of Wisconsin-Madison (B.S., 1982); and Cornell University (M. Eng., 1983; Ph.D., 1987). Upon completion of his Ph.D. degree, Dr. Chow joined the Department of Electrical and Computer Engineering at North Carolina State University as an Assistant Professor. He became an Associate Professor in 1993, and a Professor since 1999. He worked in U.S. Army, TACOM TARDEC Division as a Senior Research Scientist during the summer of 2003. He spent his sabbatical leave as a Visiting Scientist in 1995 in ABB Automated Distribution Division, and as a Distinguished Consultant, SAS Institute, Fall 2016. 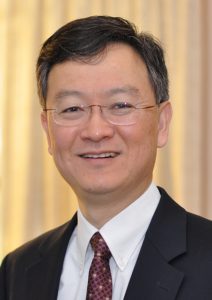